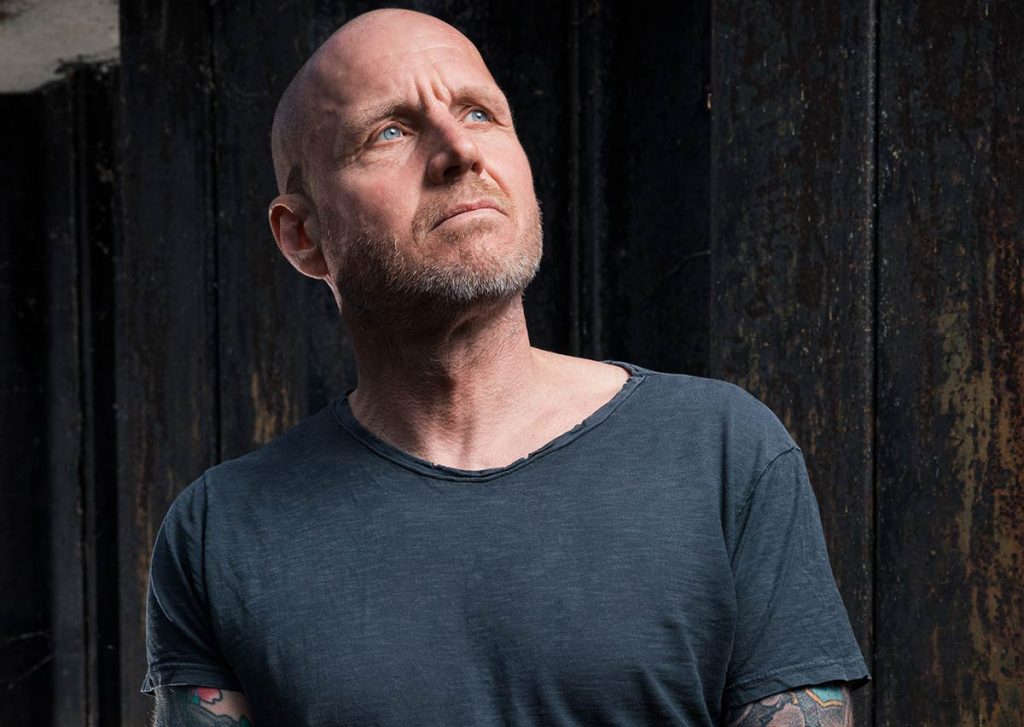 Circulation were pivotal during the 90s and 00s as one of the early ambassadors for a more tech influenced House sound. Now, original founder Paul Davis is back with a new label and a fresh incarnation of the Circulation sound, we caught up with him to discuss.

I met my partner Matt Jackson through a mutual friend at my record shop in London in 1997 and we started a label called Resolve which was distributed by Intergroove and was very much a techno based project.

We also found ourselves experimenting with lots of disco and funk samples for example our “Green” release, which was our first Circulation record, has a loop from Stone ‘Time’ which was very much the music I was listening to as a teenager.

This music was completely different from what we had started making, so we decided to start Circulation, with a series of releases, each one themed on a colour.

From 1998 to 2005 we released over forty 12 inches & two albums (Colours 1 & 2 ), we also had releases on Hooj Choons, End recordings and more and did numerous remixes and compiled two compilation albums.

Our music was being played by many lots of leading djs , from Sasha to Colin Dale crossing different boundaries. Along with Peace Division, Terry Fancis and a few others, we were the branded as the pioneers of ‘Tech House’.

With the success of the music, we went on to DJ all over the world played bi monthly @ fabric, London, we played live at the first Creamfields in Argentina, closing the festival and many other parties
So, it’s 2021 and you’re back after a pretty lengthy hibernation. What can you tell us about Circulation ‘2.0’, why you’ve returned and, what’s new and what is the same?
This latest incarnation of Circulation sees me working solo this time around. My personal circumstances changed around two years ago and my mind set was different so I started writing again for myself which I really enjoyed.

The ethos behind the music was pretty much the same; a hypnotic groove, the airy pads & warm synths, and i would say a little more club friendly, I’m trying to keep each EP as varied as i can but still keeping the Circulation sound.
The music on the first Recirculate EPs is hard to categorise and really very good. What can you tell us about the new records and the way you’ve gone about writing/recording them?
It’s a completely different experience writing solo, which I have tried to embrace.

I have no set rule on how I start a track but normally I’ll either start with a synth pattern or bassline and use that as a template to base the track around.

I’m using the plugins to morph & manipulate  sounds and drum patterns, which i think is working well, the production i’m trying to keep as warm and analog sounding as i can in this digital age.

As a rule the tracks are mostly  9 to 10 mins long allowing djs 2 to 3 mins to mix in and out of tracks.
What are favourite 3 albums of all time. Please tell us a little about each and why it’s special to you
1 Etienne de Crecy ‘Super discount’ – The first of three super discount albums, a great french take on house music that still sounds great today.
2 Leftfield  ‘Leftism’ – Every track on this album is a winner and contains the anthem ‘Open Up’ with John Lydon, in my opinion probably one of the best dance music albums ever made.
3 Carl Craig ‘More songs about food and revolutionary art’ – Deep, deep techno by one of my favourite producers. I’ve played this album so much over the years.
Away from the studio or DJ booth, what are your passions or interests?
Skydiving is one of my passions, with nearly 500 skydives to date. I love the complete freedom of being in the sky. I have recently taken up Paramotoring, which I’m finding a little more challenging especially with the British weather . I also run outdoors 3 times a week for fitness & go for long rides on my motorcycle
Do you have plans to return to DJing and touring as Circulation?
At the moment I’m keeping my options open, i really haven’t got the time to be able to travel every weekend to Dj but I wouldn’t rule out a couple of gigs a month. I’m really keen to perform live with my own material, as I used to as Circulation, or do a mixture of both. I always preferred playing longer sets as you could take people on a journey
What else do you have planned for the year ahead and is there anything else you’d like to tell us?
I’m planning to explore working with vocals soon and continuing to write new material for live sets and possibly a vinyl album in the new year. Also, I’ve been thinking about the possibility  of doing some remix work  and to take to the sky more often , Blue Skys X…