Paris-based music duo Birds of Mind ended their year with an incredible album titled ‘Journey’. We had the pleasure of talking to them about the stories behind the LP, their productions and what’s next for their project… 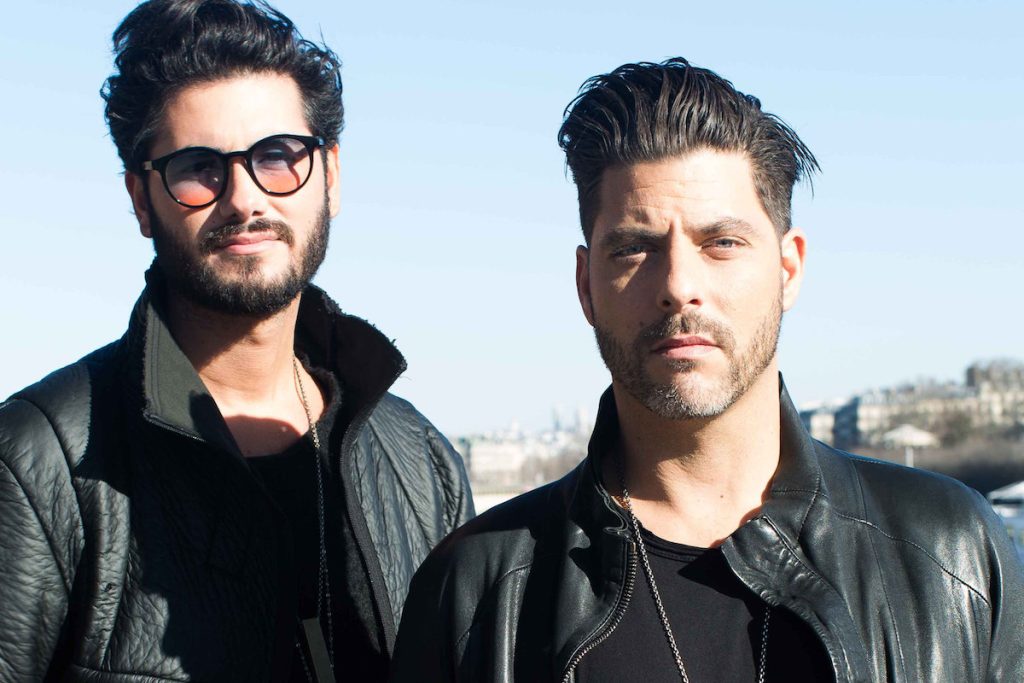 Hi Alex & Adrian, thank you for speaking with us about Birds of Mind’s album ‘Journey’, what’s the meaning behind the title? Is there a particular narrative across the 10 tracks?

Hi, Thank you for having us. Our album “Journey” is a tribute to the Persian myth SIMURGH which means 30 birds. It’s the story of the biggest bird the world has ever seen. Simurgh was living in the Tree of Life and took off in search of paradise, his wings slapped so hard that the seeds fell off the tree and gave life. After a very long adventure, Simurgh came back with 30 birds from different breeds that he met along the way. Every track has a narrative to it as they represent the main chapters of this quest.

Between Paris, Mykonos, Ibiza and all the other party hotspots you have been based in, where was this project conceived?

We started this project a while ago. During Lockdown we had a lot of time to work on music. We thought why not put everything together and make an album.

You both cite nature as a main source for inspiration, I can imagine there isn’t a whole lot of that in Paris. Does playing and making music in Paris feel different to Mykonos?

We get to travel a lot. It’s a massive source of inspiration for us.  When we come home we bring this energy to the studio. Of course, we don’t have a lot of nature in Paris but we are very creative.

Do Birds of Mind align with any specific genre or do you try to stay undefined?

We try to do our thing. We love music in general. Having a genre is a bit of a trap for an artist. We have to be constantly rethinking or adapting our creations towards what inspires us. And what inspires you today is not what will inspire you tomorrow. Its evolution.

What has it been like exploring the more emotive, borderline ambient elements of your productions for this album?

During the lockdown, we had time to reflect. We wanted to offer something deeper so we took our time. The dance floor didn’t matter anymore and we wanted to tell a story. Our story. And with our heart and soul.

There are quite a few vocals present in the album – do you often work directly with vocalists in the studio?

Actually, we did for “inside your head”; we recorded a lot of vocals and instruments in the studio and kept parts from the sessions which were then built into the mix.

Alex, you went to film school in New York – do you feel like your education informs your music?

Yes, It does. Close your eyes, press play and it’s a movie. It’s a real story and with a creative mind, you explore a lot using your imagination. That’s why it mattered that we took it deep and emotional.

Adrian, your family has a Venezuelan heritage, you studied Piano and Violin at the Conservatory of Paris and you also used to be in a Rock band, how does your background influence your music?

Well, technically I have a classical training with different instruments and a strong influence from classical music: harmony, arrangements and dynamics. I also take from my folkloric Latin American heritage and that creates a real influence on the rhythm.

As a duo, how do you inspire and challenge each other?

We spend so much time together it’s obvious we challenge and inspire one another. We are so different and very complementary. Ying and yang

You also run a label and event brand together: Mind Game. What was your decision behind releasing ‘Journey’ on Get Physical’s Kindisch, especially considering one of the tracks on the album shares its name with your label?

Yes ah-ha, so it’s interesting you ask. We named the track before we started the label and event. Signing on Kindisch made sense from the beginning because they release tracks that are deep and true to the artists. Kindisch gives you so much freedom that there was nothing to change not even renaming Mindgame. It was exactly where it belonged.

Are there any event, label or project plans you’d like to mention for 2022?

We have a series of releases coming up out via Get Physical Music, the first of which, ‘Mi Pena’ is available around now. More to come so watch this space.