To mark the release of their ’Studiodue – Future’ mix release we caught up with Italian dance scene curators I-Robots and Lorenzo to discuss the project and more. 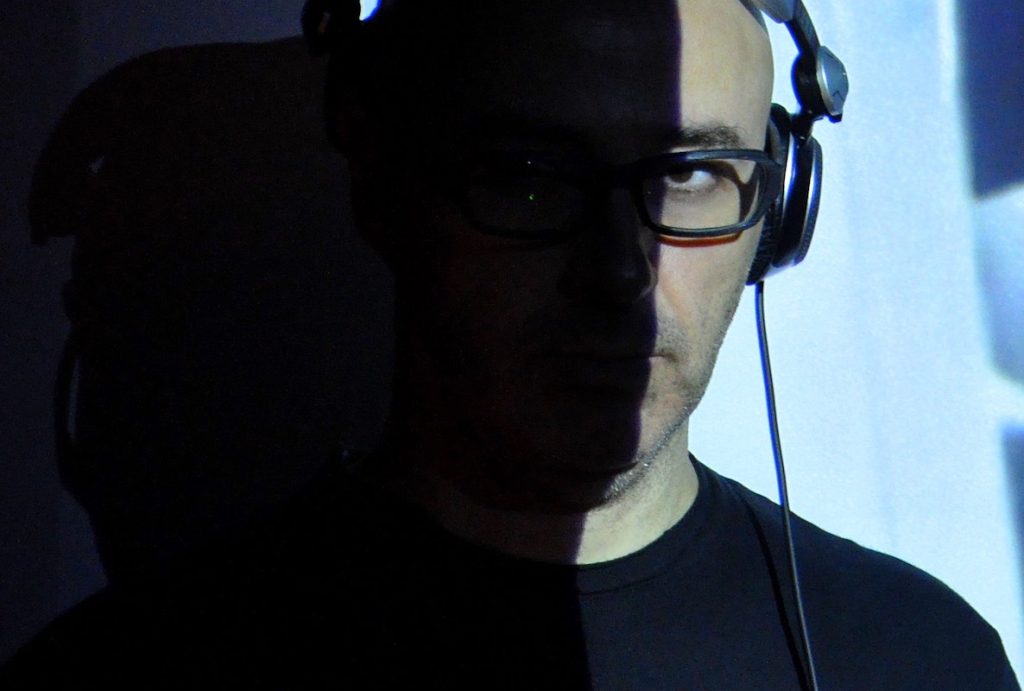 Welcome to Minimal Mag, Gianluca Pandullo (I-Robots) & Lorenzo Betetto (Lorenzo LSP) & . We’re super excited to learn about the Studiodue – Future mixes on Opilec Music. You contributed a mix paying tribute to the legendary Turin club, Studio 2. Can you tell us about the club’s history?

Gianluca: A former vintage cinema was transformed into a club in 1979 and took on the name Studio 2 and began to gather its followers. As a members club, Studio 2 had a more cultural attitude than the classic discos of the time. This was expressed in the quality of the musical programming combined with other artistic disciplines for exhibitions, set-ups, themed parties and performances. The club alternated between student nights, rock and indie pop, prestigious concerts, projects on black music, the one night on Saturday, Pop Planet by the Latin Superb Posse starring house sounds and my Sound Of Blackness Thursday. The quality of the programming allowed us to increase the annual membership constantly without losing the characteristics of an interesting, curious and willing public to mix between the various evenings and different selections. Studio 2 between the 80s and 90s assumed a central and decisive role In Turin’s nightlife. Among the many artists and Dj’s who appeared during that time were the following: Killing Joke, The Young Gods, Chesterfield Kings, Lyres, Naked Prey, The Leaving Trains, Soul Asylum, Corrosion Of Conformity, Denial, Paul Weller, Desmond Dekker, Patrick Juvet, The Fuzztones, Casino Royale, D.D. Jackson, Nomadi, The Sounds, The Meteors, Pankow, The Fleshtones, Henry Rollins, Jesus And The Mary Chain, Dead Can Dance, Frankie Knuckles, David Morales, DJ Cash Money, Ricky Morrison, Claudio Coccoluto, Run DMC, Leo Mas, Andrea Gemolotto, Leight Bowery.
Lorenzo: Studio 2 was a 700/800 capacity club on two floors in the middle of Turin, a crossroad for different musical genres where nights like DOUBLE FACE, POP PLANET and OUT TO BOMB then SOUND OF BLACKNESS took place. It was a very important venue because it brought together many different underground movements from Rockabilly, New Wavers, Fashionistas and Rockers to the Hip Hop community, all of which found a dancefloor there that spoke to them.

What was your involvement in the space besides being a resident?

Gianluca: I was only DJing at that point in my career, focused on Afro-American sounds like rare grooves, disco funk, hip-hop, house music and all the acid jazz movement. After Studio 2 closed, I started my own nights around the city, becoming a local promoter and events organizer.

Lorenzo: I started in the early eighties as a resident DJ for DOUBLE FACE then later in the decade I started the LATIN SUPER POSSE project with ROBERTO SPALLACCI and JOE COSTA; a project focused mainly on hip hop and early house and all kinds of machine music influenced by the sounds of the ROLAND Tb303/909 et al. In that period we were involved in the restyling of the club. The image of
the club you see on the cover of our release comes from a project we made and the Saturn Mirrored-ball
and was a tribute to queen Vivienne Westwood!

The place became a haven for many communities and created a safe space to escape reality and express themselves. What ultimately led to the club’s closure?

Gianluca: There were somewhat mysterious reasons for the 1993 closure of Studio 2; happening after a
weird fire on the upper floor. The exact story is unknown.
Lorenzo: Yes the place was a safe dancefloor for everyone and a meeting point for people with different
musical backgrounds to exchange ideas. Our LSP’s POP PLANET night was open to every gender! The
club was a membership club so closed very late. I don’t know the reason for the closure in the end, but I
think some bad financial management… I guess.

With notable clubs closing their doors worldwide, what do you think we can do to create sustainable spaces that last? It is often said the average lifespan of a club is five years – do you feel like this is healthy for music communities across the globe?

Gianluca: It’s really important to have a thriving club culture in every country … Some may feel that music culture is less important to the new generations, but there is still hope, I see a lively talented community of artists, djs, producers, labels and musicians that still have followers, records collectors and clubbers following them. We all need to work hard in order to protect and support the quality talent and music that is out there and club spaces are key to this, particularly now as we recover from the decimation of the last two years.
Lorenzo: The problem in ITALY is that very few people invest in modern clubs with proper sound systems, lights etc because they fear having problems with the police or local institutions. Many of the new clubs in ITALY are just about marble, mirrors and champagne bottles not so different from the “discotheque” of the seventies. I think that a new idea of the club should be modular, with different spaces involving food, art and adapting to different capacities for different club events. CIRCOLO DEGLI ILLUMINATI in ROME is quite similar to my idea of a club, as an example.

When you set out to do this mix, did you have a goal in mind? Did you try and capture the authentic eclecticism the club had to offer?

Gianluca: My experiences and emotions at Studio 2, both as a party goer and DJ are what led me to the
creation of the compilation. I was looking to put together a mix with the heart and soul of Studio 2 based
on the eclectic catalogue of Opilec Music. I’ve favoured the house, techno and electronic style that
reflects the club from 1979 to 1993.
Lorenzo: First of all, it was a pleasure to have open access to the OPILEC MUSIC catalogue .. to choose
between so many tracks was a hard but interesting job. I know that I-Robots probably would have undertaken a more eclectic mix referring to the Out To Bomb Than Sound Of Blackness Thursday night where he was a frequent guest… so I went straight to a 4/4 to the floor approach including NYC house and summer of love UK house influences in the mix. You won’t hear much techno/minimal inside my mix but a lot of rough house beatz!

The mix is a beautiful homage. Can you tell us something about the tracklist? Are there any tracks that specifically stand out to you?

Gianluca: I built the eclectic Opilec Music catalogue up from 2007. The policy of the label is to support
talented artists, whether they are up and upcoming or well established. I’ve had the great fortune to work
with some very well respected artists over the years.
In terms of particular tracks that stand out; the I-Robots tracks Frau (Back In The 1990 Version), Dirty Talk ft. Donna McGhee (Radio Slave Magnetic Feel Remix), Come To Harm (Kuniyuki Double Organ Dub Remix) and Rhythim Is Rhythim – Emanon (I-Robots Reconstruction Take II) are top of the list for me. I am also in love with the Straker Commander ft. Johnson Righeira’s Kraftwerk remake and the Lello B. 90s track, both of them are introducing here their forthcoming releases on the label. I should also mention, Dubrowski, Mark Evemport, Danny Ocean, Federico Gandin and Jordan Fields who are some of the label’s most prolific artists and their tracks are still fresh after time….
Lorenzo: A real standout for me is I-Robots “PERFECT LOGIC CIRCLE” feat. Harry Dennis remixed by
Francois K ….. I had to choose this track because I played both vocal and dub mix. This track evokes in
me the dark and steamy atmosphere of my favourite clubs in the world THE SOUND FACTORY in NYC
where JUNIOR VASQUEZ used to play 12hrs sets. Do you remember “SURRENDER YOURSELF” by The
Daou?

Speaking of authenticity, we noticed the space had a distinct visual identity. What was your favourite element about its style and feel?

Gianluca: I visited the Studio 2 Club for the first time during 1985/1986 if I remember correctly. The Club
was refurbished into its second look. It was grey and minimal with an industrial style and I loved it. I
started my own career at Studio 2 from 1988 and the club was completely renewed with the epic third
look: a groovy 70’s style with some old school hip-hop graffiti and an enormous mirror disco ball
transformed into a neon Saturn. The 60s psychedelic liquid trippy lights gave the walls and floor a
melting early Pink Floyd effect.
Lorenzo: We changed the club interior every 1-2 years but as I wrote above the mirrored ball Saturn is
still in my heart!

You now run your label, Opilec Music. Did this project evolve itself from your time at Studiodue? What is the vision behind the project?

​​Gianluca: The “Studiodue – Future” compilation project was born from an idea to catalyse past &
present influences and project them into the future. This was the philosophy that led me to set up my
label, Opilec Music.

What’s the music scene in Turin like right now? Are you still based there?

Gianluca: I am still based in Turin. The music scene here is currently completely shut down and has been from the start of the pandemic two years ago. I am hoping I can start something fresh during the Spring/Summer of 2022

Lorenzo: I am based partly in Turin, partly in Milan. I own a bar/cocktail bar there, where I take care of artistic direction. In Turin I’m resident for SAVANA POTENTE a party that is one of the leading house/techno nights in town.

There is a new wave of great experimental music coming from the city, are you affiliated with any new spaces right now? What can we expect from your Opilec Music imprint in the future?

Gianluca: Turin has always been a great home to underground music. I will be releasing some special projects with new artists who just signed with the label in the near future and also will release material produced with a few VIP classic names. I will also work again on the Turin Dancefloor Express label project. 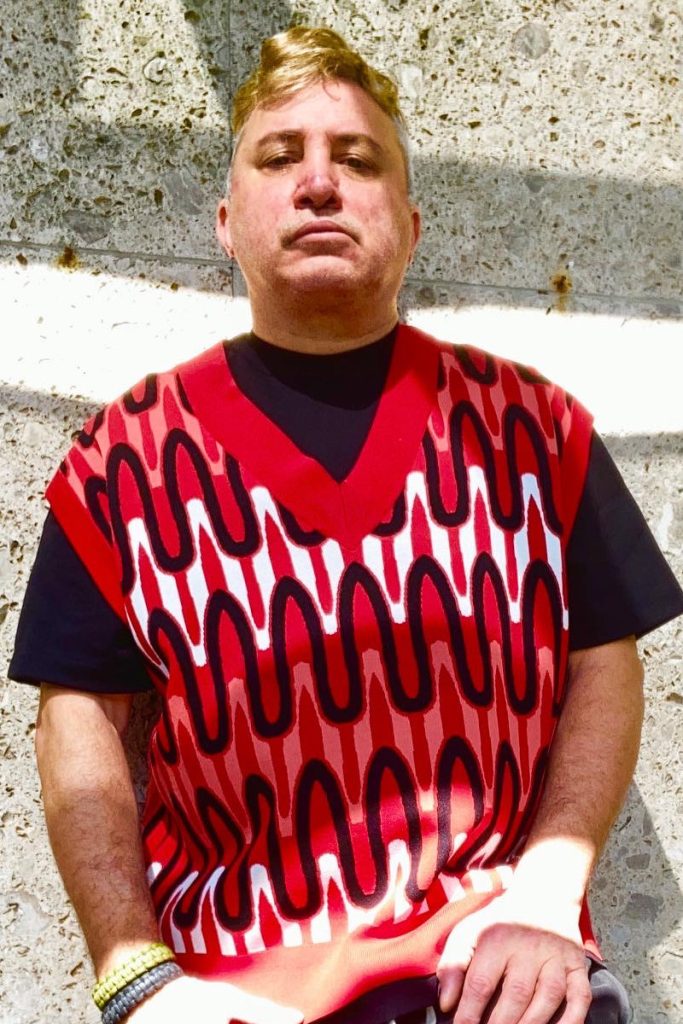