Norway’s diskJokke was a leading light of the Scandinavian sound of the ‘00s with a string of singles and albums for the likes of Smalltown Supersounds and Full Pupp. Then, almost decade ago, he retired from the scene and stopped releasing music entirely. Fortunately he’s chosen to return to the fray and has a new release which also launches a brand new Norwegian label, Badabing Diskos. We caught up with him to discuss his music and more

Welcome to Minimal Mag diskJokke and thank you for taking the time to speak with us. How are you today? Today is a sunny day in Oslo and I have been skiing, but it is impossible to not think of the current world events unfolding in Eastern Europe. So I would say, ok.
You’re releasing a two-track EP on badabing diskos next month, are you excited to put this out? What were your intentions when setting out to do this project?
Yes, very excited! And excited to be excited. Since my “retirement” back in 2014 I have been making music regularly, but have been reluctant to release it for reasons I then saw as valid. I have recently changed my point of view and will hopefully be releasing a lot in the near future.
How did you first make contact with the label?
This label is set up by two of my old friends here in Norway, and I know they have a strong list of upcoming releases, so I was very glad when they wanted to release my stuff as their first! And it’s great to have a sort of family-based label that I know will make their best effort to reach out.
Both tracks sound very different and take the listener on a bit of a journey, could you cite some inspirations behind the songs?
The tunes are produced with a few years in between them. Both made using analogue synths, ‘90s’ was more of an experiment and ‘A little tnt’ was more like a tune. ‘90s’ is based on a rave aesthetic and ‘A little tnt’ leans on darker Italo and disco music. Playing dark small sweaty rooms is an inspiration for them both! 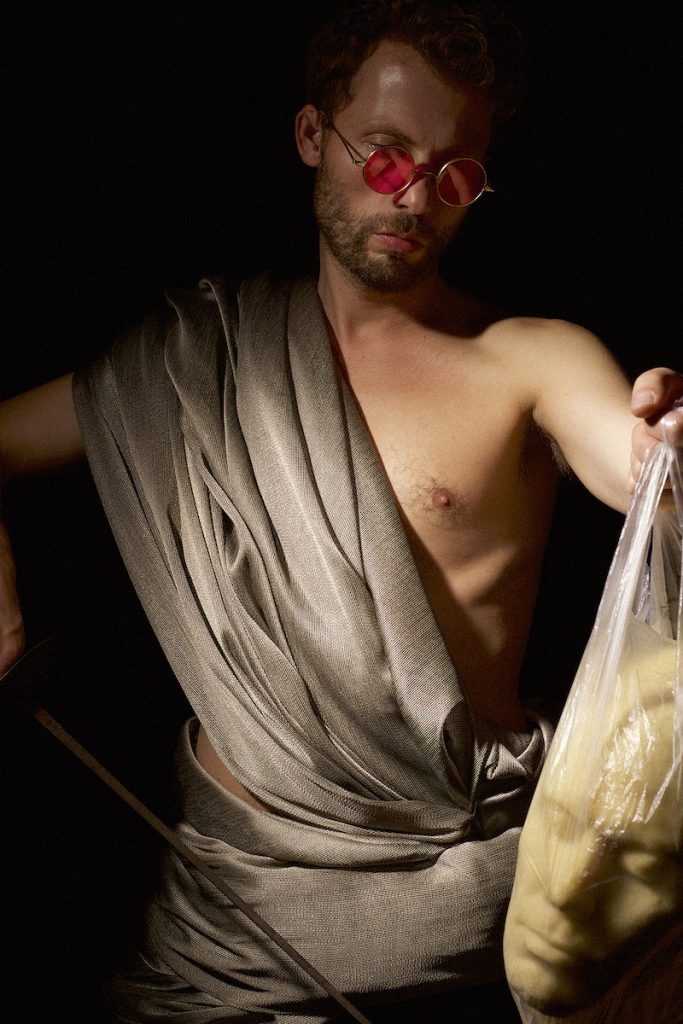 Your experience reads like a shopping list of achievements, what were some of the highlights of your career?
On a general level, meeting David Lynch in Paris was a surreal event. I also remixed Apparatjik, which consists of members of Coldplay, A-Ha and Mew. That made me get to know Magne Furuholmen from the band A-Ha a little. We had several long conversations on the phone, which was a huge motivation for a young producer. Playing the Benicassim, my first “stadium” gig. Personally; The Japan tour with Todd Terje and Mungolian Jet Set in 2011 was mind-blowing, everything was different from Norway and for once I had someone to share it with. On the same note; Getting to know and love the people at Salon Zur Wilden Renate in Berlin broadened my horizon, I played there regularly for 5-6 years.
You recently finished your Master’s in Mathematics, congratulations! What are your day to day activities and interests besides music?
Thank you! Actually, I finished it back in 2014 and have been working in the field of simulations since then. It’s an interesting day job. My interests are however much more related to spiritual topics, also I have discovered and explored trail running in the last decade.
You are an important figure in the Norwegian music scene and beyond – what’s the industry like over there? Has everything gotten back to normal since the pandemic?At the moment the clubs are up and running, also starting now with bookings from abroad. But the crowd is partly new to the nightlife and club scene, so some nights feel a bit rowdy. It will probably take some months for people to acclimatise to normality.
Could you share something about your upcoming plans for diskJokke? What’s in the pipeline beyond the badabing diskos release?
At the moment I am doing a collab with an up and coming producer that will sound a bit different from my previous stuff. As it’s still evolving, that is just about as much as I want to share about that project at the moment :). There are a few more upcoming releases on Badabing and it is great to finally be djing in clubs again, so hopefully, there will be more of that.