Oslo mainstay Boblebad is an experienced instrumentalist with deep musical roots, as is apparent with his ‘Rund i Kantene’ album, coming out on a Norwegian label he frequents Beatservice Records. We get the chance to speak to him regarding the release and more.

Welcome to Minimal Mag. In your music you infuse elements of funk, disco, jazz, house and more. Where do you draw your inspiration from?

Thanks! Inspiration can come from nearly anywhere in the music world, but of course my music is mostly inspired by the genres mentioned above, and then put into a more or less simplified House-friendly format. I’m also an eclectic listener – I’ve been into all sorts of weird music, from punk to the fuges of J.S. Bach.
As for most of my track titles, they are in Norwegian, it’s a conscious choice actually. A bit inspired of the likes of Prins Thomas and Lindstrøm in the 00’s and 10’s, and many more Norwegian producers from that era. They did very unpretentious and often ‘somehow funny’ or ‘meaningless’ track titles – like the track title ‘Suppegjok’ (a bit untranslatable, but the core meaning is close to the word ‘fool’ I believe). A nice track, by the way. Main thing for me is that music is a universal language.

Is there any meaning behind the name “Boblebad”?

Boblebad means ‘Jacuzzi’ or ‘Bubble Bath’. It’s more like a description of the ‘feel’ of my music, it’s supposed to be a bit bubbly! Haha.

You are an Oslo native and no stranger to the scene there, what is happening in the Oslo electronic scene at the moment?

After the pandemic and it’s restrictions has loosened it’s grip on the nightlife in Oslo, we’re into a phase where people are starting to go out dancing and having fun again – and to me it seems like the DJs of course are very happy about being back doing their stuff again, within the regular rules. And concerts of all sorts are on again, so bands and other musical acts are out playing a lot of gigs these times.

We also have a lot of music of high quality being released from the Norwegian electronic and club music scene. Many new labels have been started during the lockdowns – so it’s exciting times for the music fans.

Me and a friend actually started a tiny label ourselves in 2021. It’s called Saftig Records (saftigrecords.bandcamp.com / saftigrecords.com) and we have put out 17 releases the past year – mainly underground electronic music, but also some boogie and an afrobeat band.

Your much anticipated new LP ‘Rund i kantene’ is set to release soon, what was your creative process for this album?

It’s been in process since I signed with Beatservice Records back in 2020, which also have resulted in my two first EPs on the label (‘Vill Falafel’ and ‘Kalde Vibber’, both released in 2021). My process for writing and producing the tracks for the album was producing or editing simple sketches I had done from before or starting a new project which could result in another sketch or an almost finished track, all this making and sustaining a circle of creativity, if you get the idea. Then in the end I did the final mixdown, and it got sent to mastering.

Being a very productive guy at times, I keep trying out the ideas that comes to mind, and then selecting the stuff that fits together later on for possible releases. I also like to play most of the instrumental parts myself, which I think contribute to a more organic feel to the tracks.

You have released on various established labels such as Beatservice Records, Eskimo, Paper Recordings and more. What would be your dream label to release on?

Actually a hard question to answer – as I’m more reality-oriented than a big dreamer. But later this year I will release two tracks on the new Oslo-label called Badabing Diskos, which is great fun as I know those guys from real life, not just by e-mail. Some time in the future I might try sending stuff to labels I haven’t worked with yet, but keeping those ideas to myself seems like the most appropriate thing to do, as for now. 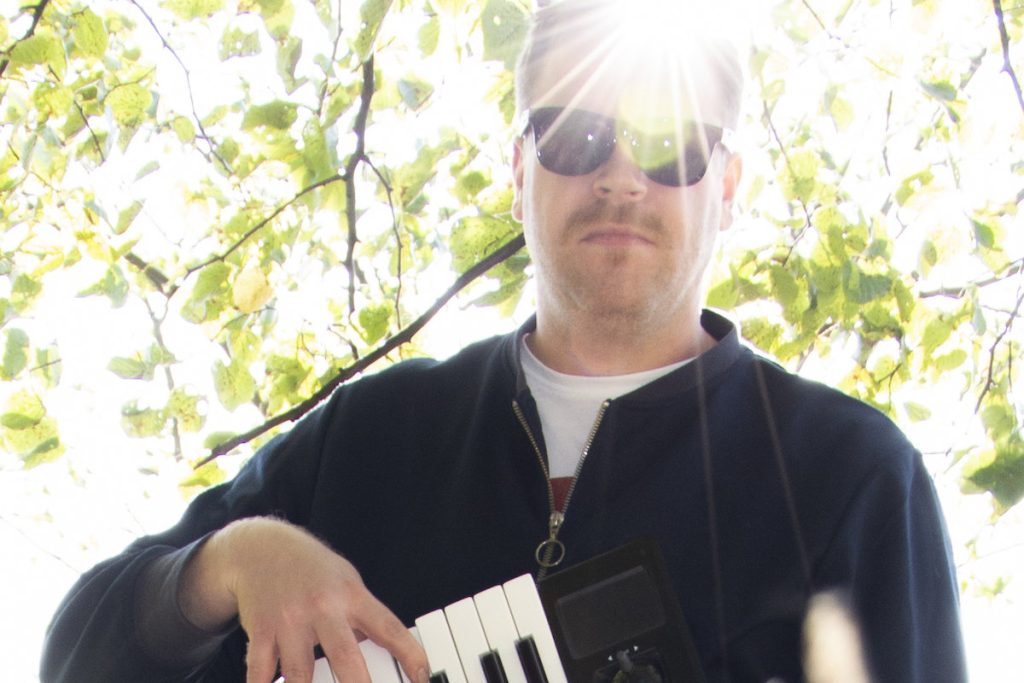 The artwork for this release is abstract and full of colour, do you play a part in designing any of your artworks?

Yes. It’s entirely made by me. Actually there are very few of the artworks in my catalogue that I haven’t done myself.

We heard you play the trombone for an Afrobeat band and a jazz Big Band. How did you get into these? How does this influence your own musical productions?

Playing with a Big Band surely got me more into trying out different ideas in my music, touching into for me “new” genres –  which has pretty much led to the stuff I’m doing now.

I have played the trombone since I was seven years old, but had an around ten year long hiatus after finishing school, and learnt a bit on other instruments like guitar and bass during that times, combined with doing experimental electronic music closer to the IDM-genre (the more melodic stuff). I have also played bass in a disco/pop/punk-band called ‘Rudolfs Kontainer’ for some years, which was a fun thing to do. We actually had our first gig at Jæger along with KSMISK and Olle Abstract.

I know you are also a painter/visual artist as well as a musician/producer. Do you take the same approach when creating your various forms of art, or does it vary depending on the project?

My approach to my visual work isn’t quite the same as in music. Especially the painting part has, to this point, a more ‘dull’ idea behind it, placing me more in a modernist tradition, following, and thus breaking, that era’s set of rules. Of course, my music is influenced by both “older” and “contemporary” music (what isn’t?), but when it comes to music I’m trying to find a place or corner in the ongoing scene a bit more than when I paint.

The exceptions in my visual endeavours are when doing design/cover art or posters for music related stuff, then the visual stuff is more in relation to the sounds and moods they’re representing, and also maybe more ‘up to date’. I started out this art thing by drawing a lot as a child, then went to an art school learning more formal stuff pretty early in life – before I got educated in graphic design. Then I got into painting again, parallelled with making artwork for myself and others, concert posters, and of course a lot of logos and stuff. Made a sleeve including handdrawn artwork for a finnish free-jazz band last year, released on vinyl on Jazzaggression Records. That was a nice experience. I have previously worked as a graphic designer, and did a lot of less creative stuff there, which is good to know when also doing the more creative and artsy stuff.

What gigs have you got in the pipeline for this year?

Me and a couple of producer friends (From Beyond, Sommerfeldt) has an ongoing collaborative project called ‘Cocktail Sports’ which already have a release scheduled on Prins Thomas’ label Full Pupp later this year. We have some plans about doing some gigs together at some point. For Boblebad it may be something in Oslo in fall, but nothing is hundred percent settled yet. I’ve recently gotten my hands on a digital Dj-mixer, so I’m learning stuff by doing a mixtape these days – but it may be very useful for possible gigs too!

I’ve been playing my own stuff live now and then since 2012 with my Ableton APC40-controller, but it’s very time consuming to prepare those sets and it doesn’t always fit that well in clubs.
Let’s just say I’m open for bookings!

What do the next few years look like for Boblebad?

There will definitely be more releases, this year is already planned and I’m working on some stuff for next year already. I’m hoping to play some gigs now and then, too – as I have a lot of danceable music to showcase.