Skip to content
Minimal Mag had the pleasure to talk to Hungarian pianist & composer Tamás Vághy about his stunning debut album ‘Minimalism’, which drops via Théque Records today. 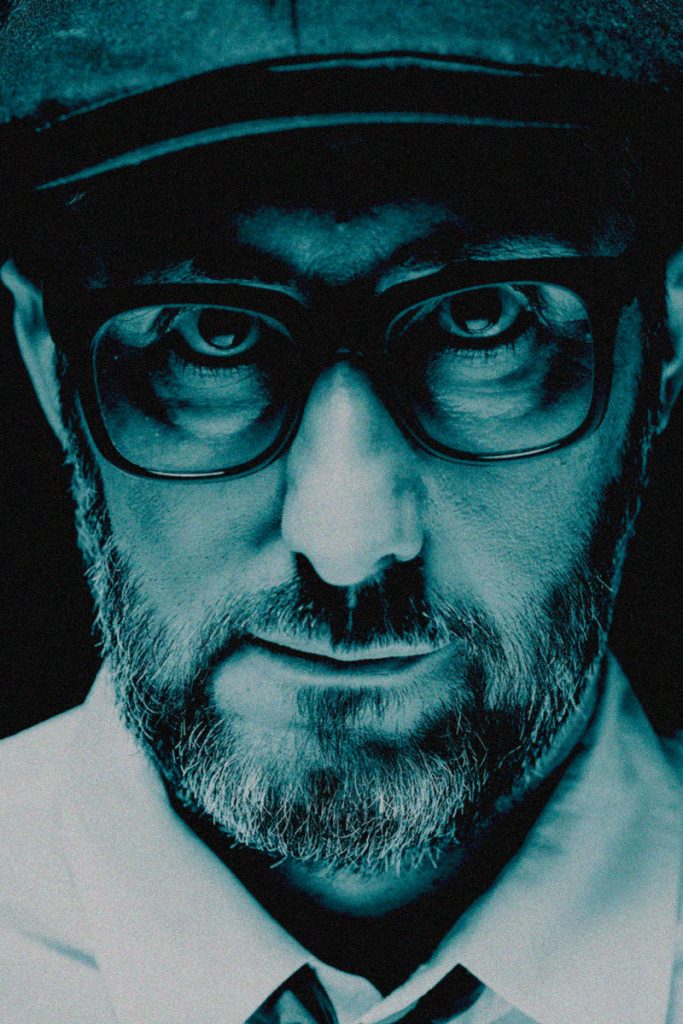 Welcome to Minimal Mag vaghy. Thank you for giving us a chance to talk about your deeply moving ‘Minimalism’ LP on Théque Records. How long has this project been in the works for?

Thank you for your interest! The vaghy project itself dates way back. For a long time, I only wrote songs for my own entertainment. I was mainly experimenting, and looking for anything new.

In Hungary, I’ve worked with mainstream bands since I was 18 years old and that lifestyle has really influenced my musical career. But a few years ago it came to me that the songs that I have kept for years should be shown to the public.

They were mainly electronic songs, I started working on them but somehow didn’t quite find their sound. And then one day I sat down at my piano and started to play them in the least orchestrated way possible, trying to make it work on a sole instrument.

This turned out to be the solution. And that’s how my album title became ‘minimalism’.

It refers both to the instrumentation and also me becoming my own after playing with several bands.

I started soaring and it became obvious to me that it was going to be a solo piano project. Of course, I couldn’t let the electronics go completely and used them here and there besides the acoustics. I love experimenting with instruments and building new ones, as a result, every base note you hear is played on a Moog Taurus-inspired keyboard designed and built by me, with extra features. I also used a zither in some unconventional ways.

You started mastering the Piano from a very young age. When during your musical journey did you start composing?

In the beginning, when I started playing the piano my parents noticed that I was writing small, song-like melodies. So I’ve basically been composing songs since I was six years old. 🙂

It was when I was 12-13 years old that I wrote songs that can be viewed as actual creations. There are heaps of experimenting behind me which I learned a lot from and it has been an incredibly exciting journey, I can only hope this will last a long time.

One of the most important things for a performer is to find their own sound and playing technique. Learning to play the piano is one thing, but playing it in a way that everyone recognizes you from it is the real challenge. The same applies to synths.

Everyone basically uses the same instrument but the uniqueness of the end results depends on the artist’s creativity. Experimenting led me to these realizations, I too made the same mistakes as everyone when it comes to copying something you hear and like.

It’s not right or wrong, but you have to be able to move on and break out from it. I wrote lots of songs for other artists, wrote music for commercials, and also worked in applied music writing too.

I haven’t had the chance to work on films, that really interest me. During the quarantine I started to make ambient music, I used dictaphones and tape recorders I found at home, with effect pedals. It became a series on my Instagram account.

You have played in many bands across a variety of genres. How do you feel like your time with these projects has shaped your music now?

Somehow I can separate working solo from being in a band quite well.

There’s no pervasion between the two. I’ve been playing in a band for 14 years and they play rock music.

That is not about me, you have to be humble, be able to fit in musically, contribute what you can, what belongs there. When the music is guitar-centric the keyboards have to serve it, not dominate it.

When I work on my solo projects it1s very different. Vaghy brings out a different side of me. This duality is what makes my relationship with music so gripping.

When you released the single ‘abandoned forest’, you cited a melody from your childhood as the original spark for the piece. Where do you usually take your inspiration from?

‘Abandoned forest’ was released sometime in the beginning of 2020 and it played on KEXP radio.

The theme of that song was a recurring childhood dream of mine where I kept hearing the same melody over and over again.

This somehow stuck with me and burned into my mind. Inspiration can come from many places. For example, I have a song called Tin Toys which I don’t play often.

The inspiration came from a Pixar short film that I disliked so badly, I had to write a song about it. You can never know where these sparks could come from and what will bring them to the surface, sometimes in the most unexpected moments.

As an artist I have a constant radar on my surroundings, the happenings around me which either catch my attention immediately or get stored away, waiting to pop up anytime, out of the blue.

And there are the personal stories where I can always draw from.

Are there any stories you can share behind the deeply emotive tracks of ‘Minimalism’?

Behind every song on there is a personal background story. It was important for me that when looking at the whole picture the end result became a cohesive story.

I feel like I achieved this. For me, ‘minimalism’ was a journey, and hope others will feel the same way after going from song to song. Of course, everyone has their own stories and I wanted them to be able to create new ones by the end of the album.

Rush has the most thrilling story in my opinion. I didn’t really have any idea but wanted to create a more uptempo song. I pressed record, started playing, and by the second beat running women image started flashing before my eyes, it was like a movie played while I kept on playing the keys.

Getting from zero to this in one sitting was such a powerful experience, I didn’t even do another take. Rush became part of the album without ever being properly written. Sometimes even I’m surprised about these improvisational sessions, they really move a project forward. I often don’t even know what I’m doing but something comes out of it. 🙂

This is one of the most incredible things about music. The more intuitive you are, the more powerful the end result will be.

You have a customized Moog Taurus designed by yourself. Can you tell us something about this copy and your relationship with synthesizers?

I have been interested in synths since I was a kid. I read a lot about their origin, history.
I’m constantly amazed by their sound, no matter the age or price.

I am, however, drawn to old, analog keyboards. The inspiration behind building a Moog Taurus one was that I didn’t have the money to buy one, so I figured I’d try building my own.

I amped up the functions a little bit too. I had my fair share of instruments in my collection over the years, but if I had to choose a favorite it would probably have to be an old Korg MS10.

It had been a great help over the years because of its character. I just love it. Despite this, I am not an analog maniac, I have several digital instruments too. When it comes to digital, the main aspect is how portable and compact they are.

The other one is that it has to have a unique sound. I really like the Yamaha CS1X, which is not the queen of instruments but I love it, I can integrate it into my music very well. At the moment, I’m working on transforming a Vermona organ from 1970s East Germany.

For the first time ever, arpeggiators were put in, two to be exact. It’s a double manual organ so there will be an arpeggiator on each one. I’m getting to the end of this exciting project, and hopefully, I will have the instrument with me at the launch concert.

All tracks contain rich textures. I notice the mechanisms of the pianos are audible. Is this a conscious choice to keep them in the recording? Can you share any other techniques you use to create this atmosphere and texture?

I walked into a piano store once and saw this old Swedish, 64 key pianette. I tried it out and immediately fell in love with it. Its’ sound is completely different from any other piano.

I especially like that it has a lot of mechanical noise. It was a big task to turn this to its advantage.

Finding the right position of each microphone was challenging, it took a lot of experimentation. It also turned out that not every microphone was right for it.

I tried a lot of different brands, my goal was for it to sound natural and to be able to use it sort of like a synth.

But the filters play into the sound with mechanical solutions. When recording the album ‘minimalism’ the mics were as close to the strings as possible, and ambient microphones were placed in the surrounding space. A large membrane microphone also recorded the keys from above.

I used different thicknesses of felt to develop the different tones. This made this little, old pianette a great plaything for me. I loved these sessions and because I have my own studio, there was no time limit on them.

In the past, you have worked with notable artists on live improvisational shows. Do you have plans in the pipeline to do more in the future?

Of course! Right now I’m preparing for my album premier concert which will be in Budapest, on the 30th of March, with more Hungarian performers by my side.

After this, I would like to take it to as many places as possible, internationally too, if I get the chance. In this genre, live music is the most important, so the songs can’t only be listened to on digital platforms. One of my goals for every concert is to add extra instrumentation to all of my songs or make a completely new adaptation even.

These usually take a lot of work but have been very popular at the concerts so far.

The point is to keep the essentials of the songs, while I still entertain the audience. With my label, Theque Records, our goal is to make the album available on vinyl too, in addition to the digital platforms, this will also be released soon.

‘Minimalism’ will be available on all digital platforms on February 18th. I’m also looking forward to showing the finished concert material to the audience.