Chelsea Hines is an American singer, songwriter and artist who has recently collaborated with Concret for an exciting new album project. We caught up with her to discuss the LP and more.. 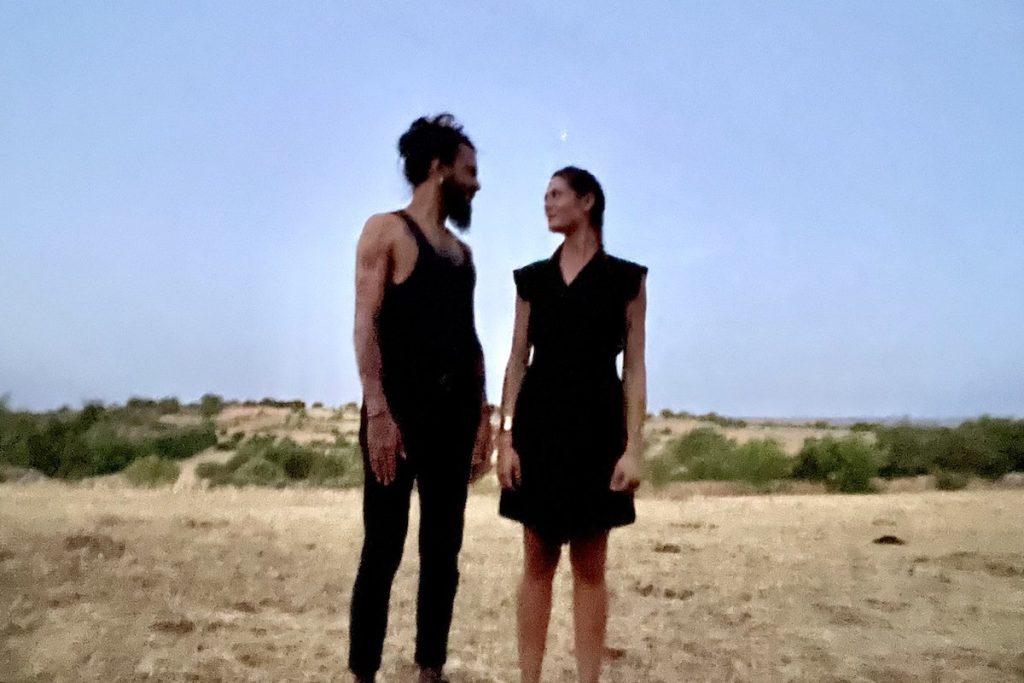 Welcome to Minimal Mag Chelsea, thank you for taking the time to talk about your upcoming collaboration with Concret for the album ‘Symptoms Of’ coming out on La Vida Discos. Where did the idea to work together come from?

The idea to work together came after I spent a few weeks at the very beginning of the pandemic at Diego and his partners home. Although we never made any music at that time, the idea of collaborating on something was mentioned and the wheels were set in motion for us to work together. A few months after that stay, Diego gave me a call and said he had the skeletons of some songs that I should give a listen to and see if there was anything I wanted to work on with him. It turned into us working on all of those songs together and writing a few more as well.
All 10 tracks are different, but they all sound nostalgic as the project pays tribute to your childhood photographs and soundtracks. Can you tell us a little bit about this?
Well, I was born and raised in New York, but I have spent most of my adult life in New Orleans, which is its own culture entirely. People here eat and breathe music, all of which stems from African and African American culture. I learned to play music and to perform with incredible trained jazz musicians, eccentric street artists and with local legends. Everything I write therefore has its basis in the New Orleans energy and musical style. One of the first songs that Diego and I sat down to write, I kept hearing the clave rhythm from “Iko Iko” in my head, and we wrote an entire song inspired by it.
How did your unique childhoods hailing from opposite ends of the globe inform the project? Could you please share something about where the inspiration came from?
Diego and I used everything around us for inspiration. Whether it was what was headlining the news that day, an offhand comment about one of the songs becoming the new direction of a song, or examining the way it felt to eat chocolate while we wrote, which turned into a sexy love song about chocolate.
You went into the project without any reference or direction, was this difficult to do? Did it come to you naturally while working together?
For this project, I think going in with a completely open mind and no expectations is what allowed for the magic to unfold. We were both able to stay completely present with whatever was coming out and allowed for references to come up along the way. Some of these references were sounds from songs, whereas other times it was much more abstract like trying to capture the feeling of the setting sun dancing on the paper we were writing lyrics on.

You both have an impressive background in music, did you work together on the tracks A-Z or did you divide the roles? Are there any tracks on the project that you took the lead on or vice versa?
Diego began this project on his own and brought me into it once there were already some beats and soundscapes to work with. From there it felt like it was my job to give these songs a structure and lyrics. Almost every role in this ended up overlapping somewhere, both working on lyrics, both nitpicking at the mix, but in general Diego was the one in front of the computer and I was the one with a pen in my hand.
You made the LP during lockdown, is that where the naming behind the work comes from? Seeing as it’s all spontaneous work stemming from jamming sessions I’d be interested to know where the track titles come from.
The album name was definitely influenced by the pandemic and the fact that this project was set in motion at the very beginning of these strange years. The album really speaks to a generational shift in thinking about technology, materialism, equality and sexuality and is meant to serve as a snapshot of humanity in this exact moment.
Chelsea, you also work in film & theatre and produce film scores, did you draw from your cinematic experiences for this project?
A few of our song titles were inspired by the lyrical content (i.e. Mama in Cucina) whereas some of the song titles were what informed the lyrics such as “The End is Not Alone”. One of the funny naming of songs we did was when we played something we had just recorded back and Diego said “Eh, I’m not in love” and bam! We had our song title “I’m Not in Love”.
Does film inform your music much?
In a way, I am always writing for film. Every song I write, I am imagining the moments in which it will play, the scene it will set and who would be listening. Will someone fall in love to this song? Cry to it? Die to it? With this album in particular, I had set the goal of it being an album to make love to, as I think there is no greater honor than to be the soundtrack to incoming souls.
La Vida Discos is an offshoot of Concret’s label Tráfico Music, was this label specifically launched for this project or is there more earcandy we can look forward to?
It was launched just for this record and some other personal artistic projects