> Tell us about your latest movie “Toxic Alien Zombie Babes From Outer Space.” How was this project born?

DB – Toxic Alien Zombie Babes From Outer Space is a comedic sci-fi/ horror film that pays homage to the great B grade cult movies of the 50’s – 70’s, while covering a number of the strange issues that have come up during this pandemic year.

The project itself was born from the pandemic. The director, Gerardo, and I were in a position where we weren’t going to be able to have a cast and crew on a set due to the stage 4 lock down in Melbourne, Australia.

We’d just started a short film when we were at stage 3 and could have 5 people together.

I’d done it as a narrated piece so that we didn’t need a soundie there. With the lockdown restricting us further, I realised that we weren’t going to be able to follow the script any more.

Gerardo found a way though, by filming himself over and over.

I then thought that if we can work out 6 or more ways of being able to film without a cast and crew needing to be on set in Melbourne, then we might actually be able to do a feature.

Others have made films during the lock down but they’ve tended to be all close ups and zoom footage.

I wanted a film that could stand on its’ own without having to apologise for it being filmed during lock down. Well, we came up with more than enough ideas and decided to go ahead.

DB – I don’t think Australia’s horror scene is evolving during the lock down. From what I’ve seen, most have elected to simply wait the pandemic out.

I think that we’re the only feature film that is actually shooting at the moment.

There have been local films that were shot over the last few years that have been released during this time though, so there is activity.

The Faceless Man, Cult Girls and Blood Vessel are 3 that come to mind.

> What is more important to you: the script, the actors, or the suspense?

DB – A good script can totally be destroyed by wooden acting. If you have a brilliant actor, then they can still draw a person into a scene even when the script is a big let down.

His delivery of narrations were monotone and his acting was wooden. The fault there is really the director though.

I’ve been on sets where a director has told me tone down the acting and tried to get it to a deadpan, monotone piece of rubbish.

In this case, the script seemed fine, so after this experience, I would veer toward the acting being the more important.

Suspense is something that is in the control of the editor, so it is entirely separate to scripting and acting.

Often, a scene is cut and broken up by the editor, so what we saw in the filming isnt always the way it will play out in the finished product. 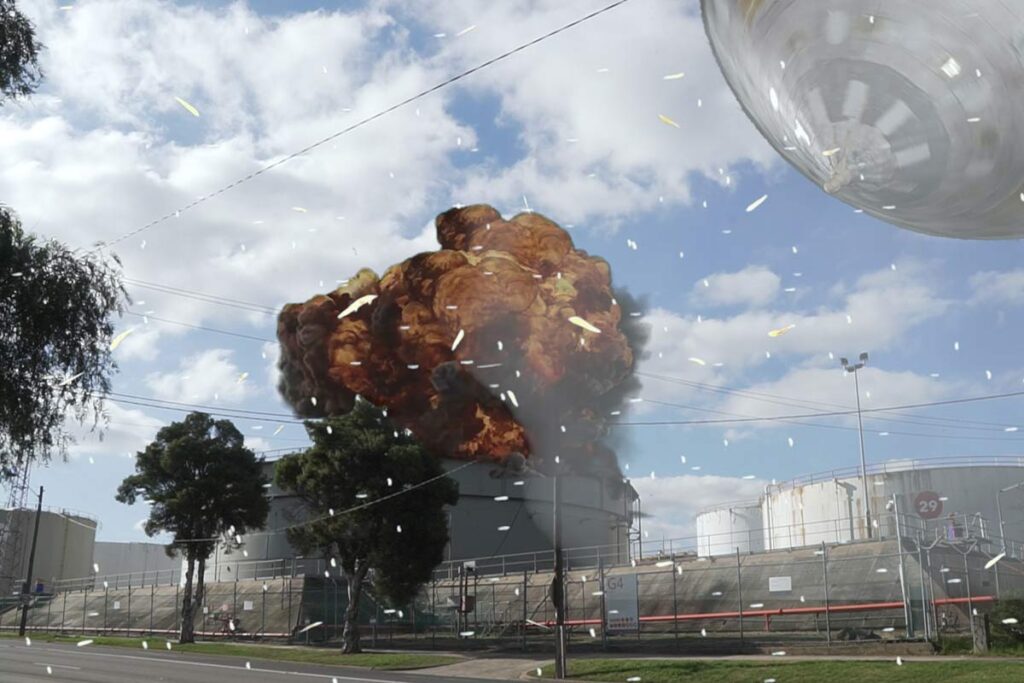 > What do you think of the horror movies released lately?

I see a lot of good horror movies being released world wide, but locally this year saw a number of bad ones come out of Melbourne.

It’s a shame because people are stuck at home with fewer films coming out, so they are hungry for movies.

I’ve taken note of what I believe went wrong with each one to try and avoid making similar errors.

The films that I found to be lack lustre did get some very good blog reviews, but when time goes by and they are away from their friends and family to support them with kind words — history will be harsh.

I want my movie to stand the test of time and have people still loving it in 20 or 30 years.

I should counter balance what I’ve said because it does sound nasty.

I saw so many good Melbourne indie films come out when I first moved into film making from video clips around 4-5 years back that I developed high expectations.

> What are the technical difficulties encountered in making a film like “Toxic Alien Zombie Babes From Outer Space.” during a pandemic? And how did you manage to overcome them?

DB – the first problem is that it can take numerous shoots from all around the world to create just one scene. E.g. We have a magician performing in a park and that has been filmed in Canada.

The crowd of children watching the show are made up of around 6 shoots from all over the world. If we put in some sfx of his injuries, those will be filmed separately too.

Just to have the main action, the background, the physical sfx and maybe something in the foreground, could mean arranging 10 remote shoots and then combining them all.

The second will be the flow of the story itself. I have had to be maleable with the script on the off chance that a scene here and there doesn’t end up getting delivered to us.

I’ve had to script on going events with characters that can be inserted into many different scenes so that there is a flow.

Otherwise, I risk having something like 40 separate scenes that come off as being vaguely related pieces shoved together.

I’m sure that I will find even more problems to come as we get closer to the final edit and will have to deal with those creatively when they arise.